SupplyKick is excited to announce its recent sponsorship of the Project Nourish Hunger Banquet, a fundraising event focused on reducing food insecurity in Indiana. One in five children in the state of Indiana do not have access to a reliable source of nutritious, affordable food. The goal of the Project Nourish event was to fund the Patachou Foundation’s after-school food program at IPS 54 for an entire year. IPS 54 is an elementary school located on the south side of Indianapolis with a high incidence of food insecurity.

An ongoing partner of the Patachou Foundation, SupplyKick saw an opportunity to make a significant impact by supporting the Project Nourish event. As the presenting sponsor, SupplyKick donated $2,500, or the equivalent of 750 meals, for students at IPS 54 and over 10% of the fundraising goal.

“We're so proud of our team for contributing to this worthwhile cause and we wanted to show our entire team's support in a tangible way,” said Natalie Rettig, SupplyKick’s Director of Talent and Culture.

Event coordinator Christina Zerfas had this to say about SupplyKick’s involvement:

“Project Nourish not only was a great way to help ensure that no child goes to bed hungry in our city, but also provided a great exercise in empathy that highlights the magnitude of food insecurity in Indianapolis. We would not have been able to host this event without SupplyKick as our title sponsor. Their contribution transformed our team's dream into a reality.”

Two SupplyKick employees, Audra Chalmers and Lowell Bieber, were on the team that organized the banquet. Overall, Project Nourish reached its goal by raising over $22,000. You can read more about the Patachou Foundation here. 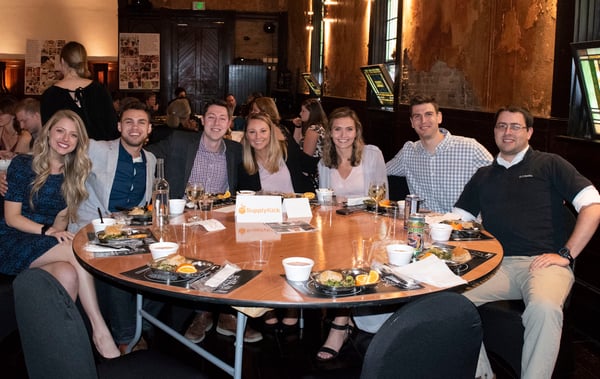