SupplyKick was named Scale-up of the Year for companies with $5-$20 million worth of revenue at TechPoint’s 19th annual Mira Awards on Saturday night in Indianapolis, an event honoring the best in tech in Indiana.

As online retail continues to evolve, SupplyKick has seen rapid growth, both in terms of revenue and new team members. The award caps a successful year in which the company was also named #4 on the Indianapolis Business Journal’s 2017 Fast 25 and landed at #399 on the 2017 Inc. 500 list of fastest-growing private companies in America.

“I’m incredibly proud of the SupplyKick team and honored to be named Scale-up of the Year by Techpoint,” said SupplyKick CEO Josh Owens. “It's such an exciting time to be a part of the evolving retail landscape as brands begin to realize the value of working with a trusted partner to navigate the Amazon ecosystem.”

The Mira Award judges believe SupplyKick is a key disruptor on the right side of the tectonic shifts taking place in retail and were impressed with SupplyKick’s demonstrated dedication to diversity and inclusion.

The 19th annual Mira Awards gala took place at The JW Marriott in Indianapolis and honored the successes of Indiana companies, educators, leaders, and entrepreneurs. Fifteen award winners and two honorable mentions were chosen from over 100 nominees at the event.

The full list of 2018 Mira Award winners can be viewed on Techpoint’s website, which includes photographs from the event and video interviews with the winners. 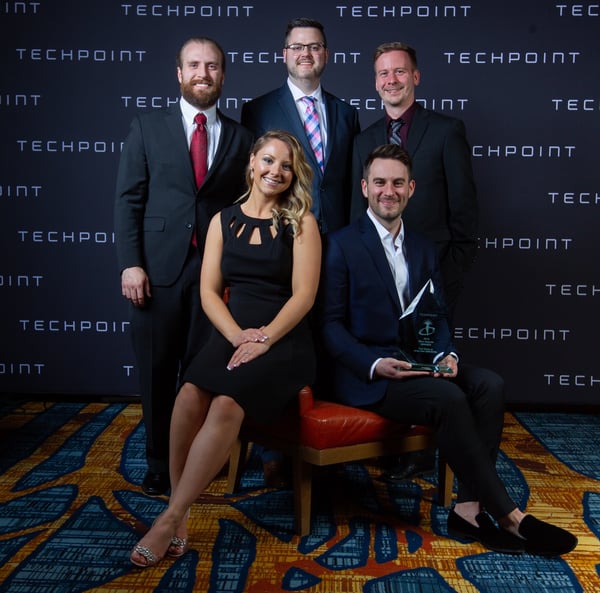 Previous Story
← What are the Basic Content Elements of an Amazon Listing?
Next Story
SupplyKick Sponsors Project Nourish Hunger Banquet →

How to Perform Effective Marketplace Keyword Research on Amazon